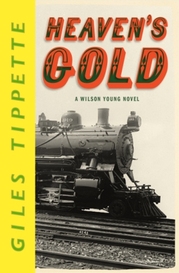 Wilson Young robbed his first bank as a teenager, became one of the most notorious outlaws of his day, and was pardoned by the governor of Texas in 1888.  But in 1916 the world is changing too rapidly for the fifty-eight-year-old former gunslinger whose only child is in France, flying with the Lafayette Escadrille.When Wilson finds out about a shipment of $250,000 in gold bars to the Federal Reserve Bank in San Antonio, the old outlaw decides to go after it.  Wilson claims he wants to teach the U.S. government a lesson and keep America out of the war.  His friends think he's gone crazy, but his wife Lauren isn't so sure...
About the Author

Former rodeo cowboy, gold mine owner, mercenary pilot and forever a man of Texas, Giles Tippette was one of the West&#8217;s most beloved storytellers.  He passed away in October 1999.