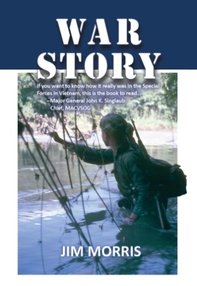 Jim Morris was an educated young man who had always wanted to be a soldier. In 1963, he found the perfect war...

"The war was like a great puzzle, great to think about, great to plan, great to do. It was so incredibly peaceful out there in the jungle."

As an adviser to a Montagnard strike force, Morris and his guerrillas outfought and outmaneuvered the Viet Cong in his sector. To a Green Beret like Jim Morris, the “Yards” were brothers—so fiercely insular, they would serve no outsider and made the Berets who fought with them honorary members of the tribe…so valiant, they would follow the right man into a firestorm…But while he loved the ambushes, the firefights and the Montagnards, he could see a tragedy unfolding in Vietnam.

"As I jumped I heard a crack and felt a thud in my right shoulder. I squeezed the trigger on my M-16. The bolt went ka-schlugg and that was that, baby. Jammed again."

In the most widely admired Special Forces memoir to come out of the Vietnam War, Jim Morris tells his story: of the early days and the Tet Offensive in '68, of the slaughters and the beauty, of the violence, the courage, the loyalty and the loss...

"The war was my life and I identified with it totally. To end it was to end me, and that I would not do..." 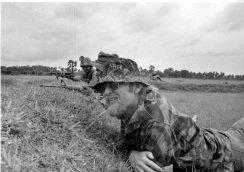 Jim Morris served three tours with Special Forces (the Green Berets) in Vietnam. The second and third were cut short by serious wounds. He retired of wounds as a major. He has maintained his interest in the mountain peoples of Vietnam with whom he fought, and has been, for many years, a refugee and civil rights activist on their behalf.