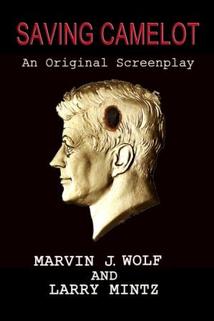 After a lifetime of playing it safe, CalTech professor Robert Godwin,  widower, is frustrated and unfulfilled. Hired as a museum consultant to examine a mysterious device found in an ancient Greek shipwreck, he learns that will allow him to travel through time. Deciding to risk everything, he seeks to change the world by preventing Lee Harvey Oswald from killing President Kennedy. Arriving in 1963, however, Godwin is shocked to discover that he is again a teenager — the same age as the first time he lived through 1963.  Determined nevertheless to save Kennedy, he mails letters outlining Oswald's threat to police, the Texas Governor's office and the White House. The letters are intercepted by Texas Rangers, who convince themselves that Robert, a child, is an unwitting pawn in a vast, mysterious conspiracy intended to draw law enforcement away from an actual assassination plot and set the Rangers up for blame if it succeeds.

Pursued by Rangers, Robert seeks help from kids his age, from a desperate single mother forced into prostitution, and from a young secretary who resembles his late wife. Leading the Rangers on a desperate chase around Dallas, Robert changes the fate of everyone he encounters.

Over a career spanning forty years, Marvin J. Wolf has written for television and authored many nonfiction works, including bestsellers Family Blood: The True Story of the Yom Kippur Murders, Fallen Angels and Where White Men Fear To Tread.


A product of the Bronx, Larry Mintz is the writer/producer of such classic sitcoms as “Step By Step,” “Sanford and Son, “Married With Children,” “Family Matters” and “What’s Happening,” and co-writer of several feature films, including “Angels In The Outfield,” “Till Death Do Us Part,” and “Teen Angel.” He also collaborated with Marvin J. Wolf on “Ladies Night,” a made for television feature film.