Buy Printed Book
To purchase the following ebook versions (not the e-reader device!) click on buttons below:

﻿Rebel Without A Suit: The Not-So-Casual Road to Casual Friday
﻿by Richard Press and Joseph Cosgriff 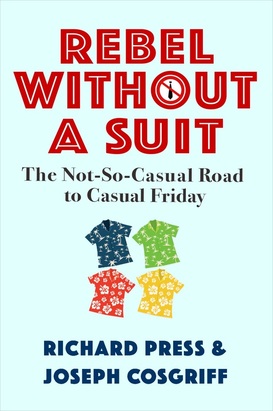 Rebel Without A Suit: The Not-So-Casual Road to Casual Friday by Richard Press and Joseph Cosgriff is a 6,600 word exposé on the origins and misinterpretations of Casual Friday, the trend that has taken over the global business world, forcing men to have two wardrobes rather than simply a few suits and ties. Together, Press and Cosgriff tell a fascinating tale from the origins in Edwardian England and post-war Hawaii to the present, with the ramifications both in and out of the office, the costs associated, and how it was really big business (Levi Strauss/Dockers and Gap) who led the march to casual business wear rather than young rebels who thought they were sticking it to "the Man" by not wearing suits. Well-informed and witty, Rebel Without A Suit is a must-read for anyone who works in an office, which is quite a lot of us. 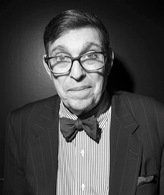 Photo by Rose Callahan
About the Authors

Richard Press, the grandson of J. Press founder Jacobi Press, worked at the family business for thirty-two years, eventually rising to become the company’s president. He later spent four years as President and CEO of F.R. Tripler & Co. A graduate of Dartmouth College and The American Academy of Dramatic Arts with an MA from The New York Institute of Technology, Richard has also worked as an off-Broadway actor and co-produced two plays on Broadway. A featured columnist for the popular web site Ivy Style and a guest lecturer at Yale University, Richard was recently cited by Tablet Magazine as “the preeminent historian of classic Ivy.” He also served as a consultant to the Museum of The Fashion Institute of Technology, co-curating the acclaimed Ivy Style Exhibit, which drew over 50,000 visitors in four months. Richard lives with his wife Vida in New York City. 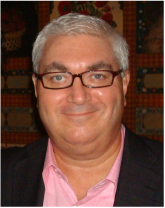 Photo by Doug Grad
Joseph Cosgriff is the co-author of World on a String: A Musical Memoir with jazz guitarist and singer John Pizzarelli. Named a finalist for 2013 Audiobook of the Year by the Audio Publishers Association, World on a String was also a choice of the Fontbonne University/KMOX Radio’s Book of the Month Club and nominated for Jazz Book of the Year in its category by JazzTimes. The book was the subject of full-show segments on NPR’s Fresh Air with Terry Gross, The Mitch Albom Show, Sirius/XM’s The Bob Edwards Show, New England Public Radio, and Capital City Public Radio in Sacramento. Mr. Cosgriff has also written many songs, including one that was selected as the theme of New Jersey Public Television from 1985-1990. He plays the pivotal role of “Man Who Buys Car” in the upcoming independent film, All in Time (2015), for which he also served as creative consultant. Current projects include developing a half-hour cartoon series for television, producing a short film about an improvised recording session that combined jazz and poetry, and emceeing events for The BLOHARDS, a New York-based fan club of the Boston Red Sox. Born and raised in northern New Jersey, Mr. Cosgriff currently resides in New York City.