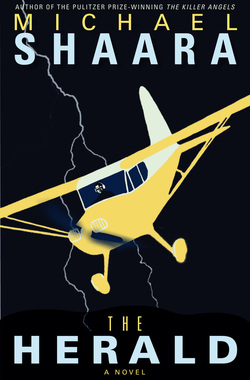 “Here is a doomsday novel that starts out a spellbinder…  Author Michael Shaara’s strong narrative style once helped him win the Pulitzer Prize for The Killer Angels, and it serves to prop up this tale…  The Herald doesn’t lack imagination.”
--Los Angeles Times Book Review

“Mr. Shaara’s novel about a mysterious and fatal plague is not exactly science fiction nor exactly a suspense thriller, although it has elements of both genres. It is a fantasy—and it is frightening. It takes the widespread dream of return to a lost Eden, drags it into practical daylight, and shows it for what it really is—a dream of mass murder in which the reader is enticed to become an accomplice.”
--The Atlantic Monthly

“This is a novel that poses questions for which there are no easy answers. Questions like: Has the world decayed—politically, morally, and otherwise—to the point where it cannot be righted without starting over?...  In The Herald, Shaara’s first offering since The Killer Angels won a Pulitzer Prize in 1975, the author symbolically places the reader at the controls of a device which will discharge radiation lethal enough to kill all but the most exclusive humans on Earth…  What propels The Herald is neither the dialogue…nor the plot…  It’s the mystery, the unanswered questions: What is it that makes some immune? What purpose is served by their survival?”
--Fort Worth Star Telegram

“…a dark, poetic fantasy…  In a great scene, [Shaara] sends Nick into the maternity ward at the hospital, now full of dead babies. Nick encounters packs of mad dogs and people who, like himself, seem immune…  Perhaps more than any other kind of writing, doomsday stories demand comparison with their predecessors. For a while the literature dwelled on such stories, in the wake of our growing atomic awareness, and we had such empty-streets classics as Nevil Shute’s On the Beach and Pat Frank’s Alas, Babylon.”  …There was no dearth of competition, if a writer wanted to be frightened out of these waters. Happily, Shaara wasn’t frightened. From his fine way with words to his unique method of our destruction, The Herald is wrought by the inimitable hand of an artist, as distinct from those old authors as a fingerprint.”
--The Sunday Denver Post

“Pulitzer Prize winner writes mind-blower…  Crisp, laconic dialogue and bizarre happenings hark this scenario-like chiller. The characters are virtually without pasts because their future is what matters. If this plausible novel can’t warn us away from the future it depicts, God help us all.”
--Le Mars Daily Sentinel

“This is borderline fantasy, but Shaara (The Killer Angels) brings it to a poetic reality.”
--Publisher’s Weekly

“Michael Shaara has broken new ground with his latest novel…  After finishing The Herald readers will be glad that Shaara, who lives in Melbourne, continues to write what he wants. Considering the current popularity of doomsday tales, the publisher should also be satisfied…  It’s a brilliant story told in a gripping style. Shaara uses short staccato sentences to show the urgency in the minds of people groping to deal with the power they are facing.
--Sentinel Star

“This novel had a strange hypnotic effect on me. I didn’t think I’d accept the idea of 70,000 persons instantly wiped out by some sort of lethal radiation which—even harder to believe—had absolutely no effect on about a dozen others. But once into the book I was hooked…  This is a testimony to Michael Shaara’s ability as a storyteller…Michael Shaara has come up with an intriguing story that, once inside, is just beyond the wall of belief.”
--Daily Press

“…it’s the first doomsday novel I’ve read that deals honestly with the appeal of the subject…  …He depicts, unabashedly, the rapturous allure of a world without many people.”
--The Hartford Courant

“…a frighteningly credible version of nuclear apocalypse. Shaara’s forte is the subtle buildup of tension, a series of apparently ordinary events leading to an unknown but dreadful finale. He has an unerring eye for those fascinating details that flesh out a finely paced thriller.”
--St. Louis Post-Dispatch

“The Herald has it all: the eccentricity of a mad scientist, the suspense of a spy behind enemy lines…[it] is a convincing argument for those who believe the world is going to end not with a bang, but a whimper.”
--Tampa Tribune

“The novel, with its doomsday plot, paints the chilling possibility of a catastrophe of global magnitude. It is masterfully done.”
--Asbury Park Press 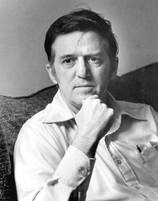 Michael Shaara's first novel after winning the Pulitzer Prize was The Herald.  Well-received by the press at the time, The Herald hearkened back to Shaara's years writing science fiction short stories, coupled with his time as a pilot of a small plane.  A heart attack killed Shaara in 1988 at the age of 59.  His son, Jeff Shaara, has written bestselling novels of the Civil War, Mexican War, WWI and WWII, receiving the commercial success Michael Shaara was never able to achieve.