Fiction
For Love of the Game by Michael Shaara 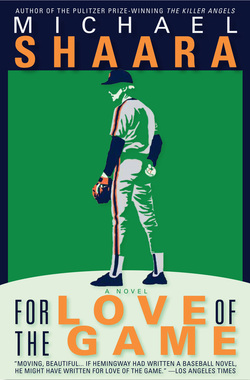 “A delightful and lyrical story about a great athlete’s momentous last game…  A fairy tale for adults about love and loneliness and finally growing up.”
--USA Today

“An endearing, timeless novel that can be enjoyed by both serious readers and baseball lovers for generations to come.”
--Orlando Sentinel

“This short novel describes the last game pitched by a major leaguer destined for the Hall of Fame. The writer’s style takes a little getting used to—fragmented sentences (even one word at times)—but the story told is worth the effort.”
--The Pittsburgh Press

“Shaara’s work has often been compared to Hemingway, and this book has a Hemingway style to it, introspective, spare of dialogue. The short, simple sentences recall the voice of Santiago in The Old Man and the Sea, a taciturn man who, like Billy Chapel, is facing his final showdown…the final pages of the book are as nail-bitingly tense as the ninth inning of a hotly-contested World Series game. Even if you don’t particularly like baseball, you care what happens in this game… For Shaara, baseball is more than a sport; it is a metaphor for youthful innocence.”
--Creative Loafing

“The baseball setting, however, is just the vehicle by which Shaara explores the larger concerns of life and love. The result is a leanly written timeless tale that should win fans for years to come.”
--Tallahassee Democrat 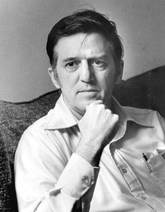 Michael Shaara's novel, For Love of the Game, was published posthumously.  Well-received by the press, For Love of the Game was quickly optioned by Hollywood and made into a classic baseball movie starring Kevin Costner.  A heart attack killed Shaara in 1988 at the age of 59.  His son, Jeff Shaara, has written bestselling novels of the Civil War, Mexican War, WWI and WWII, receiving the commercial success Michael Shaara was never able to achieve.