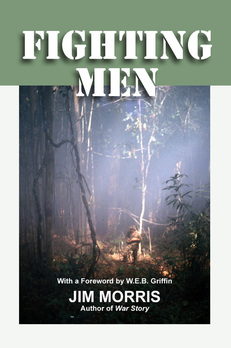 A Special Forces adventurer who became Korean Minister of Agriculture for a day...a mini D-Day that happened when a Green Beret met some Navy guys with a problem...an Operation codenamed Barroom designed to parachute four five-ton elephants deep in the Vietnamese jungle. In Jim Morris' classic collection of Special Forces stories, we are given a vivid, sometimes humorous, and often terrifying, look at the culture of the elite warrior trained to fight outside the box, survive in hostile terrain, and kill the enemy before the enemy knows he's there. Profiling men who wanted to be the best, Morris leads us through night jumps and ambushes, from the day-to-day action of Green Berets fighting alongside indigenous Vietnamese to the onslaught that was the Tet Offensive. Along the way, the jungle comes alive, the smell of white phosphorous burns, the nostrils, and the voices of brave and extraordinary men--some who lived and some who died--are etched in the mind forever.
About the Author
Jim Morris served three tours with Special Forces (the Green Berets) in Vietnam. The second and third were cut short by serious wounds. He retired of wounds as a major. He has maintained his interest in the mountain peoples of Vietnam with whom he fought, and has been, for many years, a refugee and civil rights activist on their behalf.