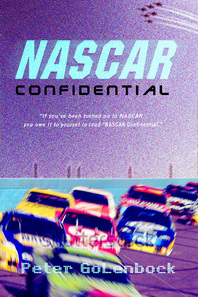 The previously untold story of Judy Judge, who was engaged to marry Fireball Roberts one week after his fatal crash and has quietly carried a torch for him ever since.TIm Richmond's wild life on and off the track, and new stories of his final days at the race track, as well as reactions from fellow racers to his tragic death.Intimate stories of the tragedies that befell Dale Earnhardt, Ernie Irvan and Davey Allison from television commentator and crew chief Larry McReynolds. The inside tale of how Jeff Gordon's talent drew attention, and then how he and crew chief Ray Evernham were paired to create one of the most successful teams in NASCAR history. 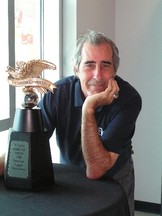 About the Author
Peter Golenbock has written some of sports' most important books, including numerous New York Times best sellers. Some of his best-known books include The Bronx Zoo, which he wrote in 1979 with New York Yankee pitcher Sparky Lyle; Bums: An Oral History of the Brooklyn Dodgers, Personal Fouls , a look at corruption in college basketball; American Zoom (1993), a history of NASCAR; and Wild, High and Tight, his lurid biography of Yankee manager Billy Martin.